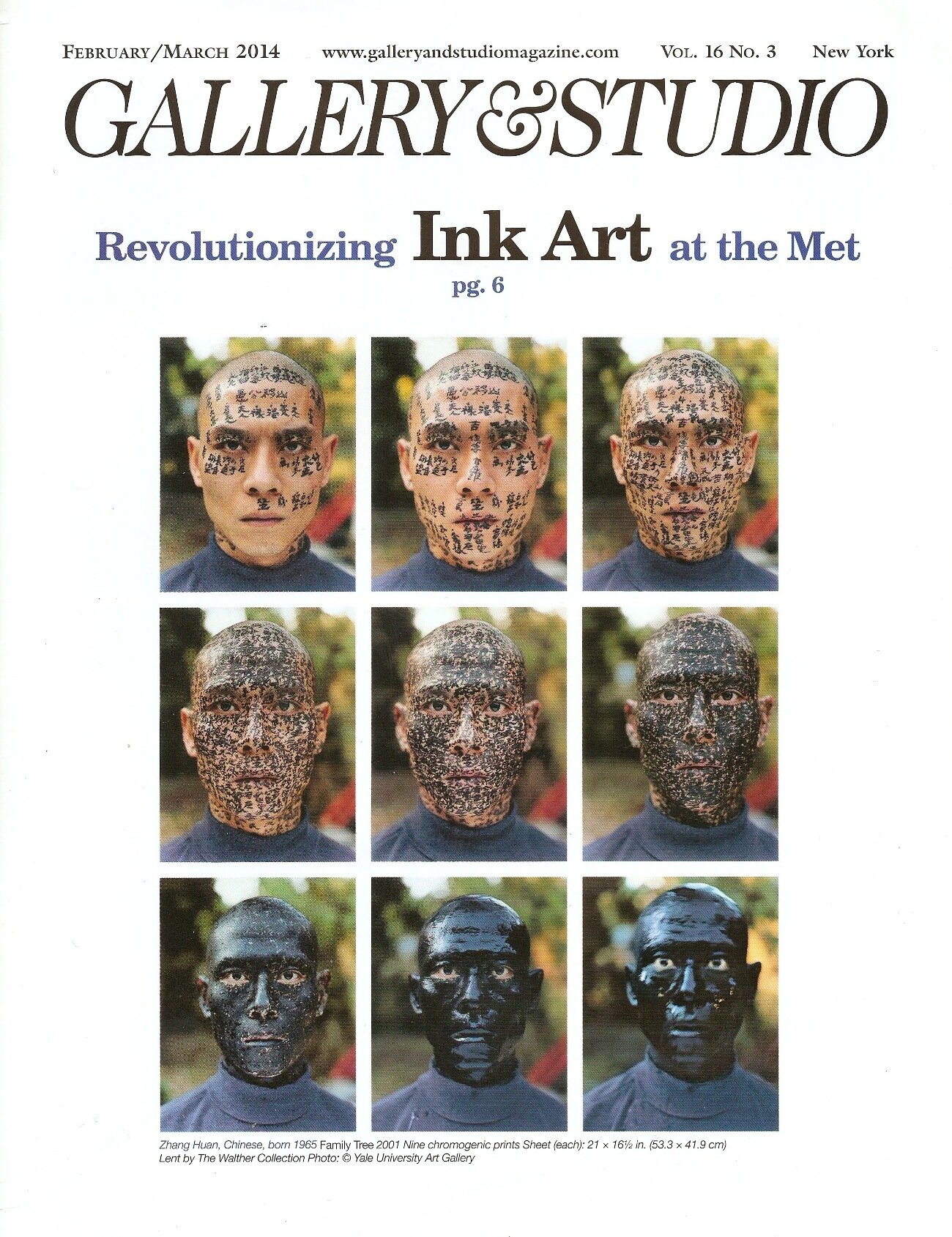 In his his iconoclastic essay "Asphysixiating Culture," the French painter Jean Dubuffet laments the influence of culture on contemporary art, in favor of "outsider art," or to use his own term, "Art Brut": the work of naive, unschooled artists or mental patients.

Igor Kalinauskas, the subject of a superb recent exhibition at Caelum Gallery in Chelsea, is neither naive or unschooled; nor is he a mental patient. Quite the contrary, he is a renowned Russian psychologist specializing in studying the creative process as well as a business coach, musician, theatrical director, lecturer, and author of thirty books published in several different languages. But when, at a relatively advanced age he took up painting in 1996, as a direct result of his working with visual and other kinds of artists in his clinical practice, he decided to educate himself rather than undergoing formal study After taking a couple of lessons in classical painting from "one of the best teachers from St. Petersburg," he arrived independently at the same conclusion as Dubuffet: that further study could only serve to asphyixiate his own creative process.

Obviously, he was correct; for proceeding on his own, following his intuitive aesthetic instincts, he has emerged in a mere few years as a formidable figure in the international art scene. Among his best known projects was a newsmaking exhibition of his series of oils "The Last Supper: Spirit, Flesh, Blood," at the Leonardo Da Vinci National Science 8c Technology Museum, in Milan, Italy, in 2006. He also presented a multimedia project, in collaboration with Bond magazine, at the high-profile Saachi Gallery in London; and had exhibitions in similarly esteemed venues in Moscow, Lithuania, St Petersburg, Bratislava, Ukraine, and Zurich, Switzerland, where he debuted his "Wandering Stars" series of paintings at ArtConcept Gallery. (The latter series that highlighted his solo exhibition in Chelsea.)

If Igor Kalinauskas learned anything from his brief formal study of art, it was that what he calls "good loneliness," or creative solitude in the studio, could not only enhance artistic progress, but put the artist in touch with spiritual resources and energies hidden deep inside his inner self.

This concept seems to manifest visually in the oil on canvas "Alone," 2001, one of Kalinauskas' early landscapes, in which the branches and verdant leaves of a solitary tree, rising out of closely packed gray rocks, suggesting a quarry interrupted on both sides by a winding road, appear to bend in the same direction as a single cloud drifting in the blue sky above. Painted in a straightforward descriptive manner akin to that of Rene Magritte, but sans that famous Belgian surrealist's manipulation of obvious incongruities, Kalinauskas' "Alone" appears strikingly symbolic of creative transcendence.

Portraiture is another area in which Kalinauskas makes a rich contribution to contemporary painting. Superficially, his portraits, with their areas of flat, unmodulated color devoid of traditional modeling or shadow, as well as the impassive expressions of his sitters, can resemble those of Alex Katz. But where Katz is influenced by the two-dimensional imagery of Pop painting and the airbrushed slickness of advertising photography, Kalinauskas looks to the almost primitive simplicity of Russian icons for inspiration. In other words, Katz seeks a deliberate "emptiness," in its own Way not unlike Warhol's emotionless vacuums, Kalinauskas endeavors to make his simplified likenesses mirror his subjects' souls, the very "energy core" of their individual personalities. Thus, while at first glance, with her off-white veil half covering her red hair, as she bathes the viewer in her clear blue gaze, "Barbara's Portrait" may resemble a Byzantine painting of a saint, yet prolonged contemplation of the picture reveals the sophisticated complexity of a contemporary woman.

The same goes for the two male subjects titled, respectively, "Martin's Portrait" and "Roman's Portrait," which could resemble 2nd century Egyptian funeral portraits in the ancient wax-based medium of encaustic. But look closely at Martin, with his close cropped Jean Genet haircut, five o'clock shadow, and eyes that veer sideways to avoid meeting those of the viewer; Roman with his black hair curling down over his ears, his pointed beard and mustache surrounding his triangular face and full red lips, and large eyes that bore right through those of the onlooker; and notice, once again, subtle nuances of human character that belie the artist's simplicity of technique.

Preparing to describe another painting titled "The Self-Portrait," one previous reviewer quoted Bunin: "The soul of another is a dark place, our own is a much darker one." But, faced with the bearded, bearish yet genial, visage of Kalinauskas, as he sees himself, the same writer concluded: "The light blue eyes of the author are wide open to the world, the orange (not golden!—it could imply a shade of sainthood) background frames the figure without suppressing the viewer. As if the artist is looking out of the window into the street, towards the world, the sun and people."

Kalinauskas called his first abstraction, painted in 1999 in oil on cardboard (as though scrimping on materials for fear of wasting a good canvas on an experiment that could possibly meet with abject failure!) "Window To The Other World." But this simple pairing of two embryonic shapes — one an oval resembling a blue eggplant, the other a vibrant ribbon of yellow that disappears off the edge of the composition, both floating quite near each other at the top of die picture space in a visceral red environment that could suggest the interior of the womb — did indeed open a new world of discovery for die artist.

Numerous arid varied abstract works followed, each one enabling Kalinauskas to dig deeper into ideas and emotions that cannot be described in words, to express his inner reality more vividly, more deeply. The earliest of these works are possessed of an engaging "crudity," as if this autodidactic but intuitively brilliant neophyte were inventing nonobjective painting all over again, with a freshness of vision that eludes more self-consciously "sophisticated" artists. Indeed, these vibrant paintings possess an intrepidness of vision comparable to that other self-taught visionary modernist, die Texas fisherman Forrest Bess.

The circular shapes that dominate the "Wandering Stars" series appear in more tentative form as gestural linear swirls in single earlier abstractions such as "Soul," solidify here into full circles and gain a more precise presence without losing their ethereal quality. Indeed, their numinous effect is now enhanced by the artist's growing ability to evoke a sense of light through a newly developed chromatic refinement.

Placed at die center of die canvas within perfectly square formats that create a sense of unlimited space, and set against a complementary background hue, each cosmically suggestive floating orb is surrounded by a radiant linear nimbus that bathes it in its own unique aura. The "Wandering Stars" series appears to be a culmination of all that has come before in the already impressive oeuvre of Igor Kalinauskas, whose, artistic trajectory itself suggests a stellar journey.