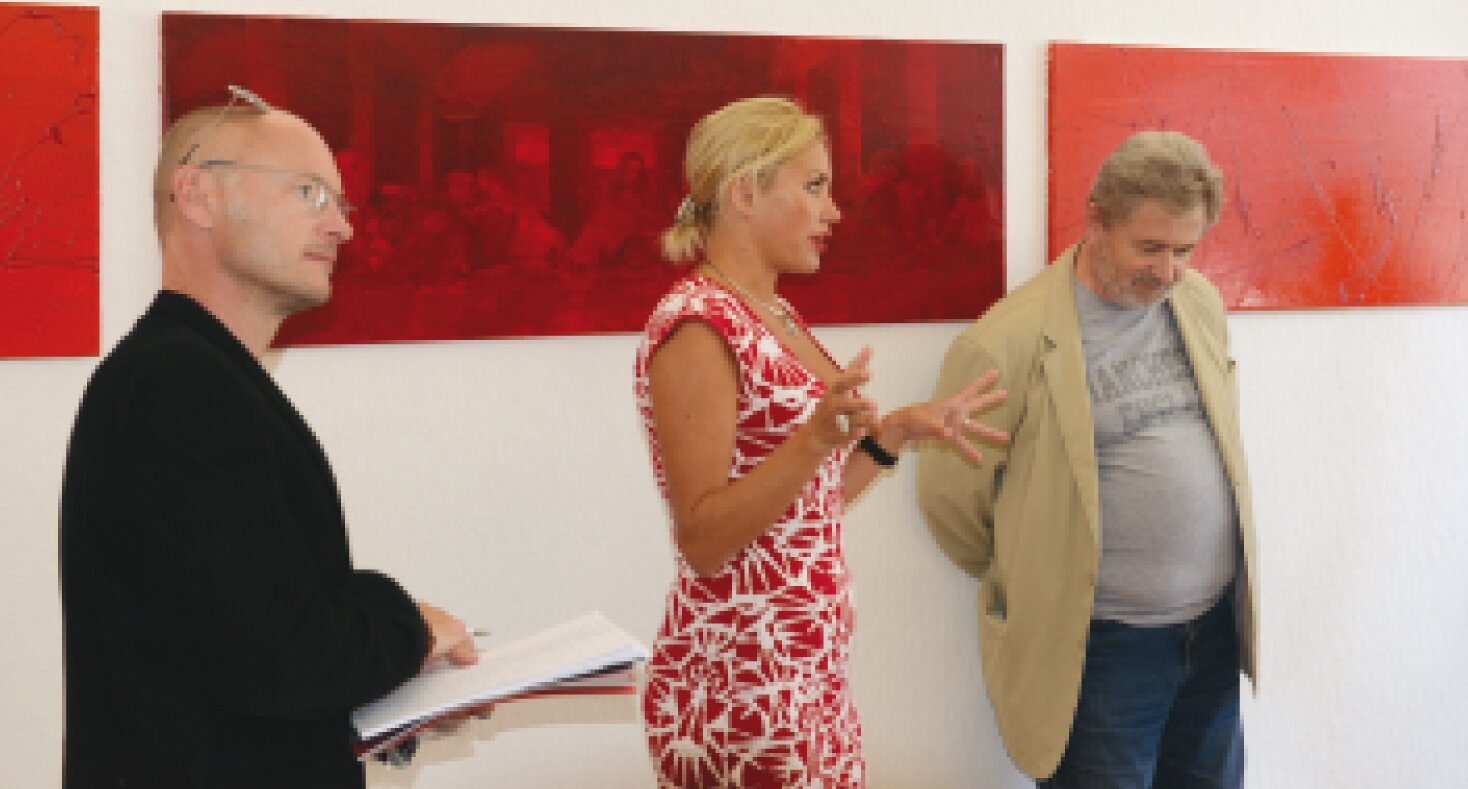 Dalí was hopeless at maths and Picasso was mean

When Christina Katrakis starts to talk about her latest film, her voice speeds up. This summer, the curator was able to finish her series of interviews with the artist Ultra Violet just in time. The artist, born Isabelle Collin Dufresne, had been ill with cancer for a long time and in June 2014 she finally succumbed to the disease. On camera she talked extensively about her life with the most important artists of the 20th century.

Born in France in 1935, Ultra Violet moved to New York in the 1950s where she came into contact with Jasper Johns, Robert Rauschenberg and James Rosenquist. Soon she was discovered by Andy Warhol, and for a while became a superstar in his factory. “When I met Warhol in 1963, he was still unknown and he said: You’re so beautiful, let’s make a movie. And I asked: When? He said: First thing tomorrow. So the next day I went to the factory,” she recalls in the film. But working with Warhol was not easy. “I think he had a great inferiority complex and that was the reason he wanted to climb up the social ladder and be accepted,” says Ultra Violet. “His star sign was Leo, which is significant. There are both good and bad Leos. The bad one is a dictator who rules well and protects his realm, or in this case his factory. He was very Leo, he even had a real lion’s mane, that was very clever.”

The muse, who was given her artistic nom-de-plume by Warhol, left the factory after a few years. An artist herself, she was one of Salvador Dali’s lovers. “Dalí was not my teacher in the traditional sense, but he was an inspiration like the free spirit he was.” It was an intense time – under the gaze of Dalí’s wife. “Gala was a pest,” says Ultra Violet. “Of course she knew about me, she knew about everybody, and she wasn’t jealous either, she had her own lovers. But she wasn’t a happy person.” She regularly made a scene. “If someone wanted to buy a painting then she would say: It has to be in cash. So people would arrive with cash and she would take it and throw it back in their faces. Perhaps it was a kind of performance, maybe that’s the way we should look at it.” Ultra Violet describes Dalí himself as somewhat confused. “He was always all over the place, never knew what day it was and couldn’t tell the difference between 100 and 500 dollars. Gala, however, had both feet firmly on the ground, she was like a calculating machine. She kept the books and he really needed her.”

Ultra Violet felt a magical attraction to the great men of her time, and so it was with the most famous Spaniard of the 20th century. “I wanted to meet Picasso so I knocked on his door and I saw this guy with these bushy eyebrows. He looked at me and I couldn’t get a word out,” she says. But the relationship was only a “short encounter”. “He was someone who built things up and then tore them down, a constructor and also a destructor. And with his women, and I happened to be one of them, and with his children he was very rude. He didn’t care for his children, he didn’t pay for them. He was very stingy where his family was concerned.”

The recordings by Katrakis are now reaching a wider audience thanks to an initiative by the RAR Gallery (Berlin, Palo Alto, New York). Owner Gerhard Charles Rump, art historian and long-time art market editor for the newspaper ‘Die Welt’, met Katrakis three years ago in Houston (Texas) and recently brought her to his new gallery in Berlin. RAR showed the film under the title ‘Ultra Violet Light’, a show of the last works of the artist together with the Russian painter Igor Kalinauskas. On display alongside two pieces by Ultra Violet (oil on canvas) were Kalinauskas’s variations on The Last Supper from his ‘eternal light’ project.

The impact these recordings by Katrakis will have is not yet clear. “Ultra Violet says things in the film that you will not find anywhere in print,” stresses gallery-owner Rump. “It gives us greater access to the person and by extension to the oeuvre of this particular artist.” The interview could well be shown on television in the foreseeable future. The RAR Gallery is in discussion with a number of channels.